Hi, how can we help?

Search the knowledge base or choose a category below

Settings Up the Game

The app should detect the game automatically upon installation, but if that's not the case, please hover over the 'Locate Game' button and click 'Scan Now' > Select the drive where the game is installed > Click 'Scan'.

If the game is still not detected, please click 'Manually add a game' and select the folder that contains the game's process (TS4_x64.exe).

For example, if you installed the game via Steam you will need to select the following folder:C:\Program Files (x86)\Steam\steamapps\common\The Sims 4\Game\Bin\

If you installed the game via Origin you will need to select this folder:C:\Program Files (x86)\Origin Games\The Sims 4\Game\Bin\

For mac users: Please select the folder in which the The Sims 4.app file is located.
For example: /Users/[user]/Applications/

Please note: the app will automatically locate the game's 'Mods' folder, so you don't need to do anything more! 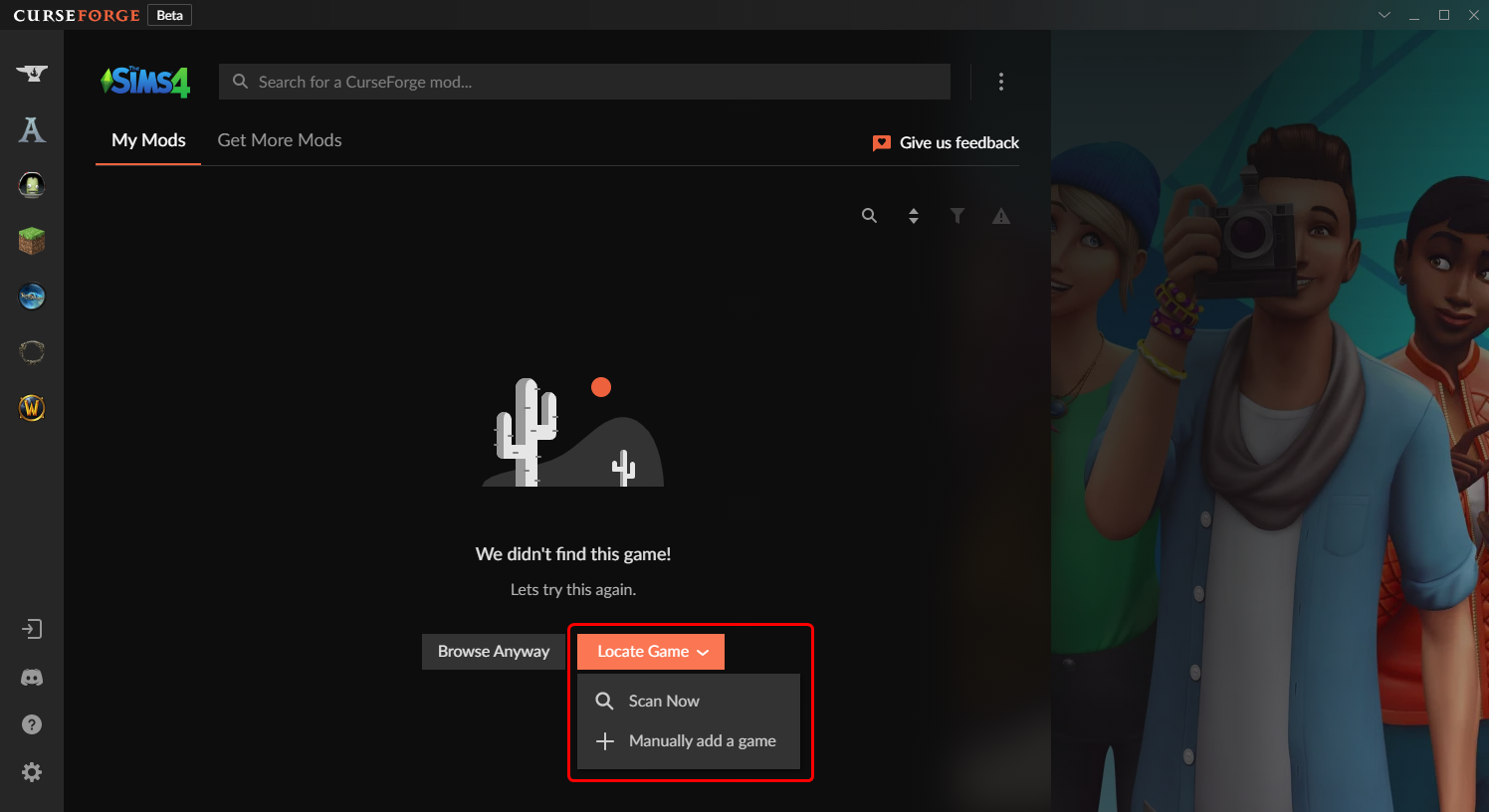 You can manually install mods that aren't available in the CurseForge repository, and the app will still detect them.

The mods will be marked accordingly with the icon of a folder: 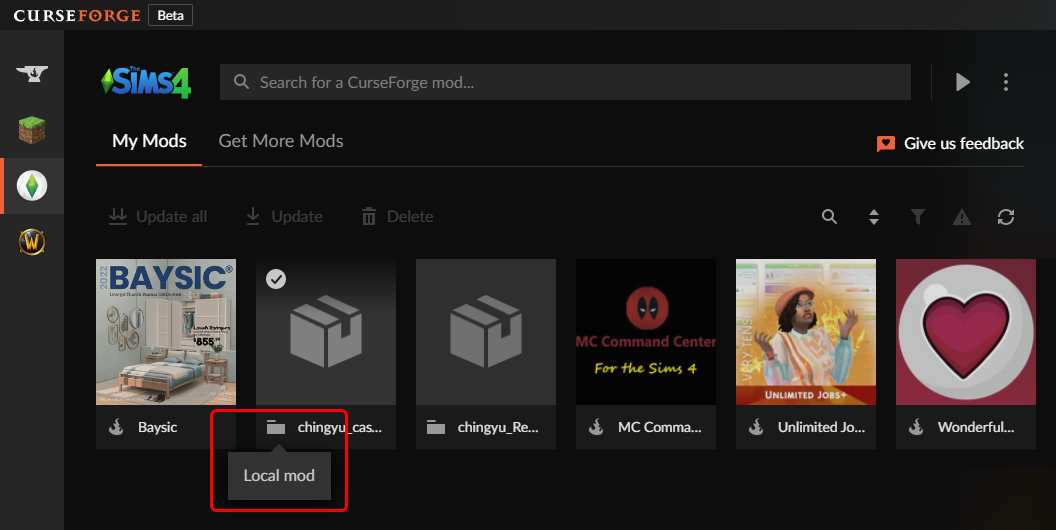 If a new version is available for one (or more) of your installed mods, the orange 'Update' button will be shown on the mod.

You can update the mod in various ways: 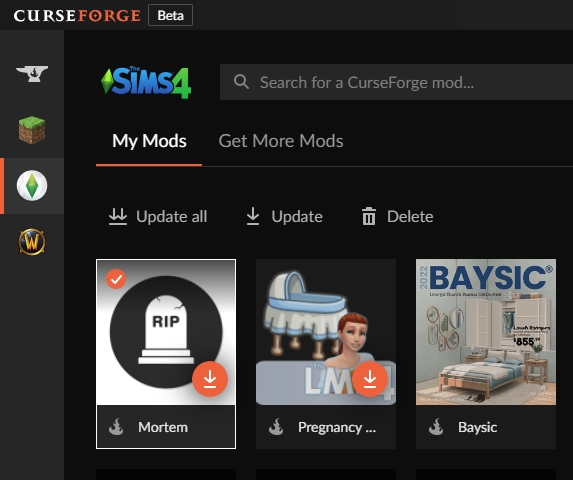 A few last things that we wanted to note:

Did you find it helpful? Yes No

Send feedback
Sorry we couldn't be helpful. Help us improve this article with your feedback.

Ask the community Suggest a feature